How to Step up Your Soup Game 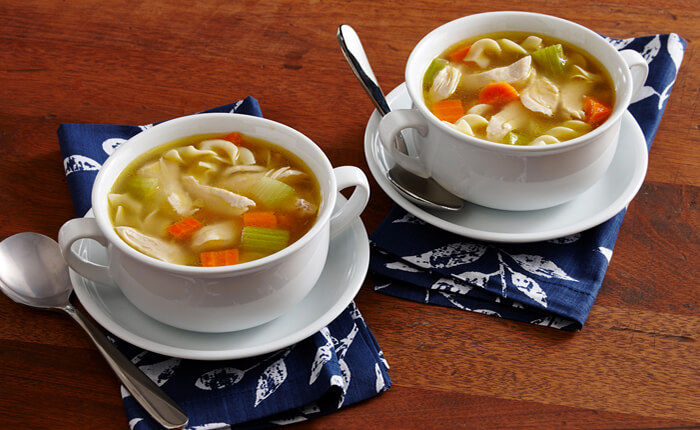 This is a wake-up call for those who think dumping a can into a bowl, then microwaving it counts as “making soup.” Use this handy guide to learn how to actually make soups that warm the hearts of your friends, family and Instagram followers. They will thank you later. Let's get started!

Basics of a Perfect Soup

Cut the meat and vegetables into bite-sized pieces. Add them directly to your broth or sauté them first in a little oil or butter. Sautéing concentrates the flavors, adds a bit of caramelization to your meat and veggies and also cuts down on cooking time.

Add the long cooking vegetables, such as potatoes and carrots, and dried herbs at the beginning of your soup making. Dried herbs take longer to extract their flavors.

Add the short cooking vegetables, such as spinach, broccoli and green beans later in the cooking time. Add fresh herbs near the end of your soup making. Fresh herbs will add a pop of freshness at the end of cooking. Adding them too soon and you will lose the fresh flavor.

Simmer over low heat until everything is tender, usually 30 minutes to 1 hour. Simmering allows all of the flavors to develop and concentrate.

Taste for seasoning. Season with salt and pepper lightly at the beginning of your soup making. As the soup cooks, the flavors will concentrate and the broth will reduce. You can always add, but it's hard to take away. 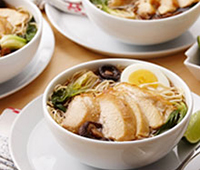 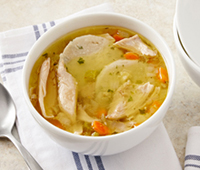 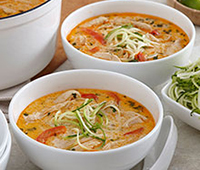 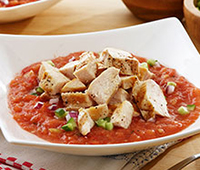 The Pressure Cooker: Bold Flavors in Half the Time

Recipes to Kick Off Spring

Soup Recipes for the Coldest Days

7 Chicken Dinners in a Snap

Cozy Up to These Soups, Stews & Chilies

Perdue with You: Cooking and Moving Fun for All

Reserve your seat at TheTable

© Perdue and its affiliates or subsidiaries 2011‑. All rights reserved. Perdue.com®LEGALPRIVACYAccessibility Statement

Hi! Is there anything we can help you find?

YES. PLEASE! NO THANKS GET COUPONS! FOOD SAFETY
x